The UWA Indian Ocean Marine Research Centre is the main metropolitan hub for ocean engineering. It hosts the National Geotechnical Centrifuge Facility: a world-leading geotechnical centrifuge modelling facility that involves six Australian universities working on a wide range of onshore and offshore geotechnical problems. The use of geotechnical centrifuges is a critical tool in foundation engineering that needed to develop and design cost-effective anchoring systems for wave energy devices that currently represent a significant proportion of the cost of wave energy technology development projects. Geotechnical centrifuges spin soil samples at rotational speeds of up to seven revolutions per second, with acceleration levels of up to 200 times Earth’s gravity. This increases the self-weight stresses within the soil such that the stresses of up to 60 metres of a “real-world” seabed can be accurately simulated. Physical tests conducted in such spinning samples are then an accurate replication of full scale field behaviour.

Researchers also have access to the Coastal and Offshore Engineering Laboratory at UWA’s Shenton Park facility, including a newly commissioned 54-metre long wave flume. This flume is being used to explore the response of wave energy converters to a variety of incident wave conditions which enables validation of design models and proof of concept demonstration. The flume can generate a spectrum of wave conditions and is distinguishable from flumes elsewhere in Australia, with wave paddles at both ends of the flume to reproduce both coastal and offshore wave conditions. 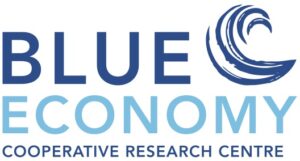